They killed a little girl...

There is video of the raid. The family's lawyer has a copy of it.

They killed a little girl. The first thing they can think to say in public is...

Yeah. That is what happened. The gun jumped out of it's holster, wrapped itself around the Lead Officer's booger hook, and sent the autonomic command to fire to the Officer's brain. Sounds reasonable. Yeah, they'll buy that (stupid civilians).

"...after he encountered a 46-year-old woman inside the front room of the home and "some level of physical contact" ensued."

Some level of physical contact? Like a grandma trying to protect her granddaughter, thus shielding SOMETHING from the nice Officer? Or maybe Grandma was trying to keep her granddaughter from burning to death after the flash-bang was dropped on her.

"Police do not believe the gun was fired intentionally."

No? The the extremely professional and highly qualified "Only Ones" went into a home to execute an arrest warrant and fired a bullet into a little girl unintentionally? If it was unintentional, why was the officer's gun out of it's holster and his finger on the trigger?

All high speed, teflon coated, and bullitt proof ain't it guys? All that high speed special ops training you got a couple of months ago, kinda cool, ain't it? You get to go to a couple of weeks of SWAT school and that makes you just like a Ranger or a Navy SEAL, right? Right? RIGHT?

You really GOOD guys. You GOOD GUYS who "just want to do the right thing".

What if.....? What if, one of these times, when you GOOD GUYS deploy out, the neighbors grab their weapons and turn the tables? You gonna roll back up and call for more REALLY GOOD GUYS? More "Only Ones"? More extremely qualified and highly professional and proficient Super Swell SWAT guys? More Super Swell SWAT Guys who have a couple of weeks of SWAT training under their belts? More Super Swell Guys who have some SWAT Training, and believe they are the same as a Ranger or a Navy SEAL?

I have a suggestion for all of you wanna-be "Only Ones" who think that SWATing citizens of this country is just about the ultimate in a rockin' good time. Read the AAR's of Waco, or better, watch the video which was taken AFTER the gunfight had ended (See the film, Waco: The Rules of Engagement). You'll see a bunch of those REALLY GOOD GUYS backing away, from a home and church, with their hands up, after they had run out of ammo and their high speed, low drag, raid had failed.

Did you do the right thing here? Of course you did. The Cops are always right! That mean, nasty old handgun fired itself and killed the girl. Just think what might have happend if that mean old nasty handgun had been in the hands of a mere civilian, one not nearly so thoroughly trained or as proficient as the Only One to which it was attached! Hell that gun might have run out and wreaked havoc on the city!

Hey, I have an idea! charge the Officer's handgun with a crime, then confiscate everything associated with it on the operation! Lets think of a really cool name for it...

A couple of days ago I tried to explain to you who the enemy really is. I have been trying to open people's eyes to this reality for years.

This comes from Breitbart.com and is a recording of Congressman John Dingell telling you what his true goal is.

Link to Dingell Video on Breitbart.com

There you have it. The true goal is to "control the people".

I say again, folks, people like Rep. Dingell are NOT,

"...nice people who mean well, but are misguided."

They are control freaks and would-be tyrants. Their lust for power knows no end. They will never be sated. They will continue to expand their authority over you until you decide to stop them.

The are not "well intentioned". They are not "misguided". They are evil. They walk the earth wearing the same clothes and speaking a similar language, but they DO NOT think like you.

Learn to read them. Learn to see through their mask. Turn your television OFF and think for yourself!

Do some form of PT every day. Get outside and train with your weapons, practice your martial skills. Keep your basic load at hand. Keep your food stores well stocked and have water source and purification accessible.

Most importantly, talk to your neighbors.

Just two days ago a friend visited me. This friend stormed away angry at me about a month ago after I suggested he had been lied to about 9-11 and perhaps he should look into it. Then he comes in after the Obamination calling itself a "health care bill" was signed into law. Now he is ready to learn. There was indeed a straw which broke the camel's back.
Posted by Longbow at 8:10 AM No comments: Links to this post

What they WANT and what they DON'T WANT 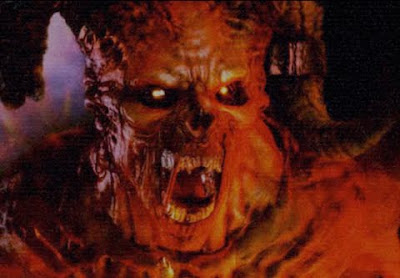 Folks, rarely do we see it so glaringly. Rarely do we see it so obviously. Once in a while, the beast shows it's fangs. Sometimes, if you look closely, and listen intently, the evil which lives among us will show evidence of itself. We tend to psychologically project our good nature, our well meaning, our sense of justice, onto "the evil" and then deny that it meant what it said.

Does anyone remember Nancy Pelosi's response when asked where the Federal Government derives the Constitutional authority to pass nationalized health care?

Her response was "Are you kidding?"

Yesterday, Representative Alcee Hastings let slip his true intent, his true frame of mind, his philosophy if you will.

Please look at this link. It will only take a moment.

That was one of those moments. That was an honest glimpse into the mind of the beast, the evil which walks among us.

Control freaks and power mongers live only to wield power over other people. They MUST have other people to control. If abandoned, left completely alone, they go insane.

Mr. Hastings is NOT alone in this manner of thinking. It is COMMON in politics. The simple, unstated ethos is this:

There is not right or wrong. There is only what I WANT and what I DON'T WANT. There is nothing lawful or unlawful because WHAT I WANT is the sum total of the law.

There should be no misunderstanding anymore. The beast has shown it's face plenty recently. It has shown its natural state when unconstrained by petty things like having to answer to a constituency. The beast believes you are stupid. If you were smart, like it is, you would live and act like it does, constantly seeking power and advantage over others.

Have you seen the movie, The Magnificent Seven? Eli Wallach says a line in that film which illustrates the point perfectly. "If God didn't want them sheared, he wouldn't have made them sheep."

Our current situation is just as in the Aesop's fable. The evil among us tells us daily what it really is, and what it wants. We project the illusory mask of decency onto the evil because we WANT to believe that he is like us, Logical, Rational, Fair-minded, believing in Justice, believing in value for value. We think, like children, that if we try hard enough, and we give the beast enough chances, it will see the light of truth and WANT to do what is right.

We are the ones who have been wrong. We are the ones abdicating our responsibility to resist evil. The evil among us does what it does because we allow it.

How many of you are willing, right now, to say publicly:

I DO NOT WANT your damned Socialist Security!

I do not want your medicare!

I do not want your medicaid!

I do not want your food stamps!

I do not want your WIC, AFDC, S-CHIPS, Welfare, or your damned school lunch program!

If you are not willing to say the above, and live by it, then go home. Admit that the evil among us has already won the war and you are a sheep, submitting to being sheared. Go home and work in drudgery for the day you can retire and collect your "benefits" from your Lord and Master, the Federal Government. Go home and forget your dream of one day living as a free man!

Give up the illusion of holding allodial title to your own life.

Go home and shut up!

There is, however, another course of action. If you are willing to live as a free man, if you are willing to take the risk and responsibility of providing for yourself, if you are ready to acknowledge the law written upon your heart by your creator as superior to all others, then declare your independence now. Take no more sustenance from the evil which would control you.

Do some form of P T every day. Put away from dry food stuffs. Go to the range and train with your weapons. Make a plan to purify and store water. Pray to God through our Lord Jesus Christ for strength and wisdom. Pray for the ability of discernment to separate evil masked, from genuine good. Find within you, and through your faith, the strength to resist with manly firmness the evil which lives among us.

We do not face a worldly enemy. We face a spiritual one. Evil is not of this world, but lives in it as we do. Prepare yourself to do violent things in order to resist evil.

Always remember, you desire to be left alone to live your life in peace. The beast desires to control you, or if unable to control, destroy you.

Take the red pill and see the world as it really is, or take the blue pill and go back to sleep.

The choice is yours. The time is now.
Posted by Longbow at 9:42 AM No comments: Links to this post