It Is A Facilitated Invasion Of Europe


The same is being done in North America, with the facilitated invasion from the South. Those invading have neither desire nor inclination to "assimilate". Our Culture, Western Christian Civilization is being supplanted. It is deliberate. It is intentional. It is Evil. Those creating and fostering this invasion are Evil. They are not misguided but well meaning. They are Evil.
Posted by Longbow at 9:48 AM No comments: Links to this post

A Woman Speaks The Truth. God Bless Her

She is a bit long winded, as women tend to be. But she does get to the point.

Western Christian Civilization is dying. It has been poisoned. It has been subverted. Its is eaten up with cancer. All of it was deliberate. Evil attacks, most viciously, that which it knows is closest to the Truth.

Read, if you haven't, C.S. Lewis's The Screwtape Letters.


Posted by Longbow at 9:17 AM No comments: Links to this post

An Open Letter to Christopher Ingraham of The Washington Post

Link to his propaganda piece here.

You have lied to your readership. The first line in your piece says that Barrett’s fifty caliber rifle was originally designed for the military. You obviously didn’t talk to Ronnie Barrett before you wrote the piece. If you had done so, he would have told you he designed it because he wanted one, and decided to market it to civilian long range shooters. The military took notice and started buying them ALSO.

You Called the Violence Policy Center a "Gun Safety Group”. They are a gun prohibitionist group. They are not interested in teaching anyone how to handle firearms safely. They vigorously oppose gun safety training for young people. I have asked them in the past, wouldn’t it be better to have mandatory firearms familiarization and safety training, say, in public schools? That way any young person who comes across a firearm will know how to check to see if it is loaded, unload it and render it safe if it is, and find no fascination and mystery in it which would need to be explored. The response I received was a frantic and emphatic “No!”  They demonstrably prefer ignorance and fear to knowledge and proficiency.

You really don’t care about any of the above, do you? Because it isn’t about the truth. You are a shameless propagandist.
Posted by Longbow at 8:14 AM 2 comments: Links to this post

Abortion Is Murder. Watch The Video. Listen To The Doctor.

Abortion is not "health care". It is infanticide.

A woman has no "right" to make such a "choice".

Abortion is the murder of a human baby alive and vital in its natural environment. What is the fictional difference between a woman deliberatly aborting her baby, assisted by a doctor, and a woman giving natural birth and then suffocating the baby? Or, of you want a more direct analogy, giving birth and then ripping the baby limb from limb and crushing its skull?

The original link came from WND.com, which links to Liwfenews.com and the full story here.

There is a series of videos in which this doctor discusses the issue.


It is murder, folks. It is also a form of human sacrifice. Think about that.
Posted by Longbow at 11:30 AM No comments: Links to this post 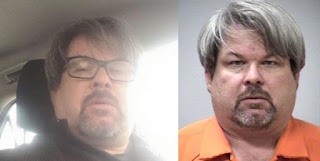 Have you seen the movie, The Manchurian Candidate? I mean the original one from 1961. If you haven't, do yourself a favor and watch it. It is over simplified, but accurate.

This story comes from Theblaze.com and indicates probably what was going on in Kalamazoo MI.


Mellen recalled that something seemed off with Dalton’s behavior. He said the gunman introduced himself by a different name and had his dog riding along in the back seat of his vehicle.
As the ride proceeded, Mellen started to worry.
“We got a mile from my house and then he got a telephone call, and after that telephone call he started driving really erratically,” Mellen said. “We were running stop signs.”
It reminds me of James Holmes. Its the same formula. Remember what witnesses said? He received a phone call and then went outside, kitted up, and came back in and started shooting. He was drugged to the hilt when he went to court the morning after his shooting rampage. Look at the file video. He ain't all there. Of course not much information is coming forth about him, except the party line.
I also think the same of the Planned Parenthood shooter, Robert Lewis Dear, Jr.. He has the same look about him that Holmes had. Of course there is no information coming out about him either.
Posted by Longbow at 7:52 AM No comments: Links to this post

I believe Justice Scalia was murdered. There. I said it. 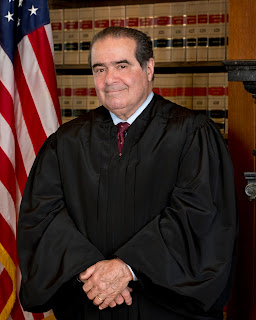 Posted by Longbow at 2:11 PM No comments: Links to this post