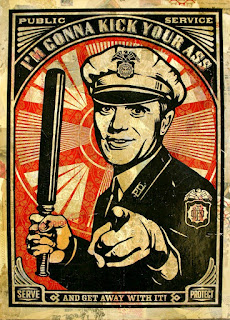 This is from The Washington Post dot com. I found the link on Drudge.

Most of  the charges against the  Hut-uh-ree "militia" have been dismissed.

The meat of the article,

"U.S. District Judge Victoria Roberts said the members’ expressed hatred of law enforcement didn’t amount to a conspiracy to rebel against the government. The FBI had secretly planted an informant and an FBI agent inside the Hutaree militia starting in 2008 to collect hours of anti-government audio and video that became the cornerstone of the case."

"The court is aware that protected speech and mere words can be sufficient to show a conspiracy. In this case, however, they do not rise to that level,” the judge said on the second anniversary of raids and arrests that broke up the group."

"Roberts granted requests for acquittal on the most serious charges: conspiring to commit sedition, or rebellion, against the U.S. and conspiring to use weapons of mass destruction. Other weapons crimes tied to the alleged conspiracies also were dismissed."

The old trick was, and still is, Set 'em up and knock 'em down. Infiltrate a "group", do some rabble rousing, inspire them to action, provide the means, then have your buddies swoop in and save the day. Gotcha! Cool game, huh?

Only this time the veneer was a  bit thin. Even the Judge, who is inclined to side with Law Imposement, saw the phoniness in this case.


Posted by Longbow at 10:29 PM No comments: Links to this post

T L Davis Does It Again

Go here to read it on his blog. I have reproduced it here because it bears repeating.


They Will Come For You

It is not the people who wish for their lives to come to an end. It is not the wish of the people to see their comfort disturbed, to be forced out into the streets to try desperately to save those things of value to a great nation. There would be nothing better in life than to recline with a laptop and browse the Internet with nothing on one's mind but leisure and entertainment. For those without conscience, this is still possible...for now. But no level of disengagement will survive the insatiable demand of government for control.

Those in government today do not have the will of their convictions, they do not have the ability to stand before the withering gaze of others and do what is right. They do not stand for the Constitution they have sworn to defend. They are incapable of principle. If so, where are they?

Give us allies among the police, the military, we will take them, we will work with them to secure our rights, everyone's rights. Liberty is not worth dying for if it is mine alone that I seek. It is insane to die for one's own liberty, which must be forfeit at the dying. Don't you see? Liberty is only worth dying for if it benefits others. Does an officer of the law venture out into the night with a sidearm to confront criminals in order to stay safe? Why not stay in the squad car? Do you expect us to act any differently when we see corruption and criminals everywhere in government?

Who will do it? Who will protect the people from government? Is it the ten-year veteran police officer owing allegiance to the government department, his/her union, his/her family? Will they be the ones to step out of line and acknowledge the un-Constitutional nature of their duties? We have been waiting.

Where do these liberty groups come from? What purpose does the Tea Party serve? One cannot exist in America today and not see the angst of the people in all these different manifestations. What do they ask? Do these groups ask for power or prestige? Do they seek rights from others? No, they ask only for their rights to be acknowledged and respected and for government to cease violations of those rights so clearly identified in the Bill of Rights. No, it is not muddied and unclear, these rights are not vague and in need of clarification by the government, they are plain and in simple language so that all can see their purpose.

Phrases such as "Congress shall make no law" are not difficult to understand, yet it has made such laws and has been supported by the government justices. No surprise. The few things government is supposed to do, it refuses to do. It does not declare war anymore; it does not defend the borders anymore; it does not protect the votes of citizens anymore. It does sell guns to Mexican cartels who then turn around and violate the borders of the nation and kill American citizens. All for a political gamble to further restrict the Second Amendment.

Government cannot tolerate the rights of the people, because it limits their ability to exert control. Nothing else. Look no further than that. Rights of search and seizure are there for a reason, to keep the government out of the people's lives, out of their papers, out of their private matters, yet it is violated at the drop of a hat in order to exert control. There are ways to obtain evidence of a crime without making criminals of everyone to allow random inspection. Upon oath and describing the particular things to be searched for and seized. That's not a tough hill to climb where crimes have been committed and a suspect is identified.

On down the line it goes, from Religious freedom, freedom of the press, the right to possess a weapon, the right to be free from random searches and seizures, the right to confront one's witnesses against them, all of these things are under assault because it makes it easier for the government to exert control.

We in the liberty movement have seen the progression over the span of our lives. We have watched as every crisis takes from us another liberty, violates another right. The government continues to create enemies from which the people need to be safe, like Anti-Government Extremists. We are not extreme, we are righteously against a corrupt and criminal government that has refused its limitations. We can read the Bill of Rights and know when it is government itself that is in violation of the law.

Had we seen a stopping point, a barrier that the government will not cross our purpose would cease. We might then become advocates of certain violations, but we would be able to legally walk back these excesses within a justice system that could acknowledge excess. Were the Supreme Court to act as defenders of the Constitution rather than creators of a "civil society" we could place our fates in their hands.

Nothing would be better than to know that we were safe from the abuses of government via some benefactor who would have the power to take up our case and let justice prevail. But, it is the power of government itself that precludes this possibility. It has corrupted all avenues of justice within its structure.

Even a house cat is dangerous when left no avenue of escape and fears for its life. The government has gotten its wish, it has bound us up, left us nowhere to seek redress, no one to appeal to for help...except each other. It is with no pleasure that we take the next step.


Posted by Longbow at 8:04 PM No comments: Links to this post