Some Thoughts on the Election 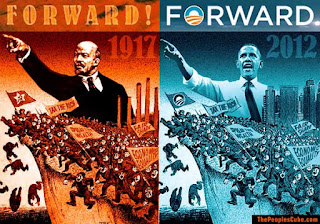 The American people have spoken. They have elected a Communist to the Presidency again.

The Parasite class is now the majority in, what was once, our country.

The Parasites rule over the Productive because they outnumber them.

The only Principle (in politics) which matters now is, "I wants my free shit!"

The Constitution is formally a dead letter. We now exist in s pure Socialist Democracy. President (sic) Obama says the best is yet to come. He means it.

The Free Shit Army (FSA), has had tenuous in control for the past four years and will now solidify that control.

The House of Representatives belongs to the Mensheviks, while the Senate belongs firmly to the Bolsheviks. The Mensheviks will continue to helplessly whimper "Me too, but but but..." as the Bolsheviks continue their program. The Mensheviks have conceded the argument long ago by endorsing the notion of Socialist Security, Medicare, Medicaid, Food Stamps and all the other New Deal and Great Society golems.

The mask will now be off. The Parasites had their way in the President's first two years in office. They showed their true Socialist face and they pursued their agenda remorselessly. Onward to progress! (we won't call it Socialism for now).

They got their arses handed to him in the mid-term Congressional elections in 2010. They were surprised but undaunted. Undaunted because, to them, this is a religious thing. Socialism is their Religion and Government is their God.

The President admonished the Parasites that "Voting is the best revenge!" He meant it.  (from Teresamerica) There is a saying ironically coined by Maya Angelou: “The first time someone shows you who they are, believe them.”

They will now pursue their agenda with renewed vigor.

The Parasites will demand that the Productive be "reasonable", "bi-partisan", and "compromise". The compromise has already happened, folks. The compromise was in Principle, the rest is a matter of degrees.

A piece in The American Spectator by Robert Stacy McCain says it well,

"Even before the unmitigated political disaster of November 6, 2012, a date that will live in infamy, the prospects of salvaging the United States were not particularly hopeful. Now, however, we are permanently and irretrievably screwed."

"At the moment, I am convinced America is doomed beyond all hope of redemption, and any talk of the future fills me with dread and horror."

Get your hardware in order. Load your magazines. Get your first aid and trauma medicine supplies now. Store-able foods, water purification, and sanitation supplies will be invaluable. Do some PT. Link with like minded neighbors. Plan ahead and then plan for contingencies. (PACE)

The Parasites now have a firm grip on the throat of the Productive in this country. They will not relinquish it voluntarily.