I thought this was very clever. It could have been made into a long dramatic murder novel. But, brevity, they say, is the soul of wit.

http://www.eastoftheweb.com/short-stories/UBooks/CaseLowe950.shtml
Posted by Longbow at 12:49 PM No comments: Links to this post

Death And Taxes: Pay The Tax Or You're Dead

It is ALL fraud, all of it.

Remember, they are proud of themselves.
Posted by Longbow at 10:37 PM No comments: Links to this post

You Are Not The State, Therefor You Are A Danger To The State 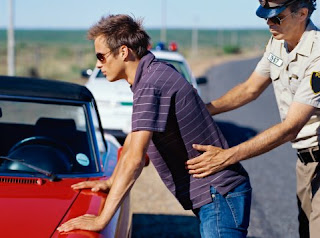 The fourth circuit court of appeals has declared that since you have decided to carry a gun, you categorically are a danger to yourself and others.

Do you understand that? The Government is saying that the exercise of a secured right makes you a danger to the Government. All government agents can treat you as such at their whim.

This quote from the concurring opinion shows the Court's mindset:

In sum, individuals who carry firearms — lawfully or unlawfully — pose a risk of danger to themselves, law enforcement officers, and the public at large.

Do you get it?

One more question, and you will pardon me for being, uh, logical...

Are armed Policemen a danger to the millions and millions of "the people" who are not the State? Should I view every encounter with a policeman as a situation where my life is in mortal danger? If so, I should be able to disarm a Policeman, any policeman, anytime I experience an adverse emotional state, and force him to prove to me he has the authority to go around in State costume and carry a gun, using the Court's definition, at a danger to himself and others.

I can hear the refrain now. "Why don't you just go ahead and submit and comply?"

Yeah, that is just what FREE MEN do.

They why don't we hear your voice opposing this crap? Why don't we hear you individually and through your professional organizations? Why are't you shouting from the roof tops, slingin in spit and blowin snot bubbles, that YOU and your brethren oppose the encroaching Police State?

No importa. Conocemos la respuesta. Si?
Posted by Longbow at 9:14 PM No comments: Links to this post